Tribute to The Field of Crosses

THE FIELD OF CROSSES MEMORIAL PROJECT

The Field of Crosses Memorial Project is an annual display of white crosses on Memorial Drive in Calgary, Alberta.  The display memorializes soldiers from Southern Alberta who lost their lives fighting for our country.  Over 3400 crosses are placed in the memorial park from November 1 – 11 to signify the ultimate sacrifice so many made fighting for the freedoms we enjoy today.  The project is now entering into its ninth year.

The inspiration for displaying the crosses was born after Calgary businessman Murray McCann  was touched by how the community of Menlo, Georgia, with a population of less than 500, was commemorating those of their community who had been killed in foreign wars.  He realized more than ever how fortunate he had been to live his life in freedom because of the thousands of Canadian soldiers who had given their lives to make that freedom possible.

Upon returning to Calgary he contacted his long time friend, George Bittman who headed up The Calgary Poppy Fund, with the idea of erecting a cross for every soldier from Southern Alberta who had lost his or her life fighting for our freedom. The crosses would stand in military cemetery formation for the 11 days of The Calgary Poppy Fund Campaign as an annual visible reminder of those who gave up their lives.   The McCann Family Foundation funds the project each year and has made a commitment to continue funding, assuring The Field of Crosses will be an annual event in Calgary.  Unfortunately George Bittman passed away on December 3, 2011 in a tragic accident.  He is greatly missed and his spirit will live on in this project.

The Canadian Army Veterans Ypres 3 CAV, along with a large group of volunteers assist in this extensive undertaking, including research, readying the crosses, preparing the 5 acres the display will cover, erecting the crosses, taking down the crosses and storing the crosses for next year, as well as organizing the daily events that take place at the Field of Crosses. 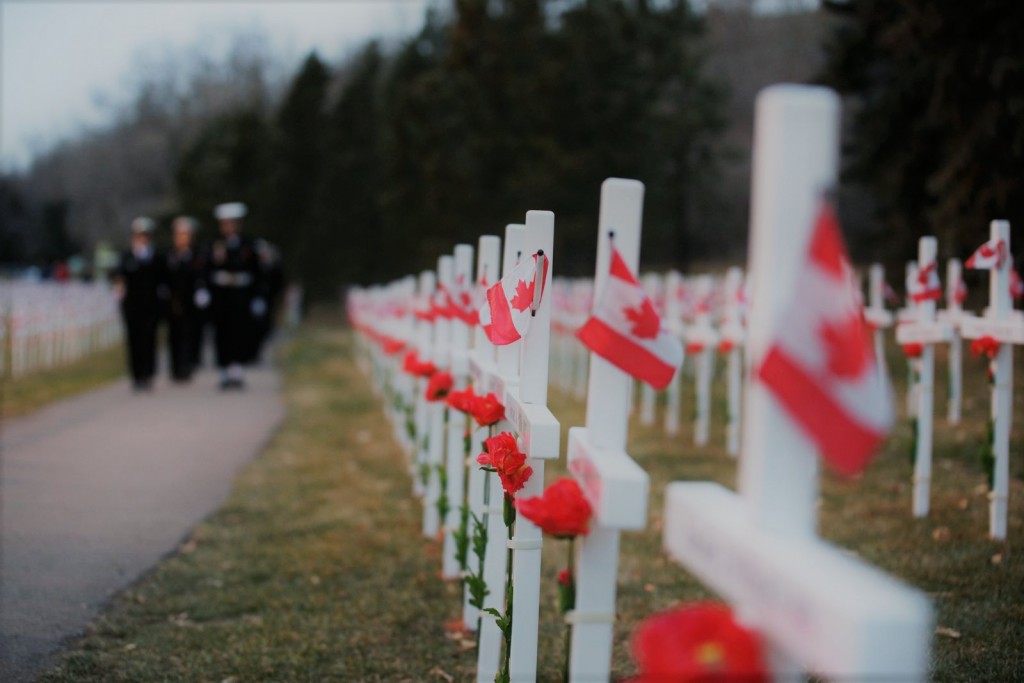