I am honored to be put up for this article.  So here goes.

I was born and raised in Brandon, Manitoba.  I grew up playing soccer and football.  At the age of 13, I was introduced to the Sea Cadet program by a few friends.  I joined #60 RCSCC Swiftsure.  During my cadet time, I attended Boatswain trade groups 1, 2, and 3, as well as the Shipwright course.  I was lucky to get a year as a staff cadet at HMCS Quadra.  I aged out of the cadet program at 19 as a Chief Petty Officer 2nd Class and Regulating Petty Officer of the corps; having been awarded the Legion Medal of Excellence (Cadet).  In my last two years of Sea Cadets I was invited to be staff cadet instructor with the #4 NLCC Stan Hawitt.

After aging out I was invited to join the Stan Hawitt staff as an officer.  During the 4 years I was on staff I held the positions of Training Officer, Instructor, Standards and Deck Officer.

In September of 2013, my son joined NLCC T.E.Waddington.  I decided it was time to return to the Navy League.  I came on board as the Supply Officer in October.  Within Waddington I have held positions as Instructor, Supply Officer, Standard/Deck Officer, Training Officer, and am currently the Executive Officer.  Through my time with Navy League I have been privileged to instruct some of the finest cadets and officers.

I moved to Alberta in 2008, with my then girlfriend and her 2 year old son.  Two years later my daughter was born.  In 2013, I married my lovely wife Josie.  I had the honor and privilege to adopt my son in early 2014.  I am currently employed with the Government of Alberta Correctional Services.  This year I will be a dad to two cadets as my daughter has joined Navy League this year.

2.  I am a Navy League Officer because growing up I got into trouble.  The cadet program kept me out of trouble.  This is my way of giving back to the program for keeping me in line.

3.  The best part about being a Navy League officer is the family dynamic, within the home corps, officers and staff across the province.  Knowing I can contact people across the province for help and knowing they will help without question.

4.  The worst part of being an officer is running a camp in the pouring rain or snow.  Pushing through the cold so the cadets have the experience.

5.  My opinion is every good Navy League Officer has to have patience and passion.  Patience to teach young kids and passion to mold the citizens of tomorrow.

6.  The advice I would give to anyone wanting to work with the Navy League program is be prepared to endure the sometimes long and seemingly unrewarding days.  Once you see how much the cadets enjoy the program, it makes it all worthwhile.

7.  My greatest accomplishment in Navy League has nothing to do with awards or commendations, but knowing that I have helped cadets become good Canadian citizens and excel in life. 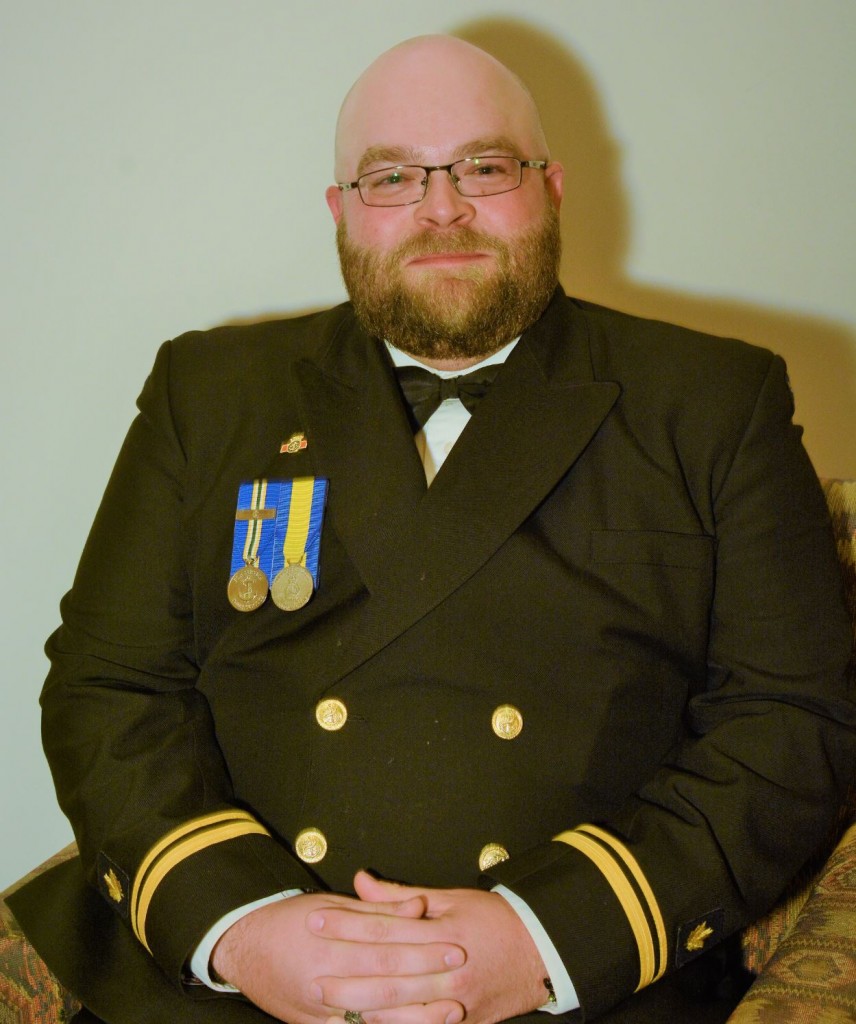