LT Murfin’s first cadet experience was as a Sea Cadet with RCSCC Undaunted in Calgary at the age of 13.  She aged out as a Chief Petty Officer 2nd Class at the age of 19 in 1984.  LT Murfin rejoined the Cadet movement as an Officer with NLCC John A. Hamilton in 1992 and has held every position within a Corps including Administration Officer, Stores Officer and Executive Officer.  She became the Commanding Officer of NLCC John A Hamilton in 1999 and changed command in 2007. She moved onto Alberta Division as a LCDR for one year as NLCC Captain Jackson’s and NLCC Lethbridge’s Division Area Officer.

In 2009 LCDR Murfin opened and became the first Commanding Officer of NLCC CDR W.H Evelyn #205.  In 2011 she received the Division Commander’s Outstanding Service Award for providing superior service and commitment to the Cadets and Officers for the Navy League cadet program in Alberta.  In 2014 LT Murfin Changed Command for one year and then resumed her Command of NLCC CDR W.H Evelyn in September of 2015.  In June of 2018 LT Murfin received the Navy League of Canada Distinguished Service Award at her Change of Command.  After 8 years with NLCC CDR W.H Evelyn she is now in the process of opening a new corps in Airdrie.  NLCC Holger Storm will be Alberta Divisions 11th active corps.

I’m a Navy League Officer today because I truly loved the experience I had as a cadet and I want to ensure that as many of our youth today can share in that same experience.

The best thing about being a Navy League Officer is sharing the experience of the NL program and seeing it thru the cadets’ eyes.

The worst thing about being an officer is having to deal with all the “politics” of running a group organization.

To be a good officer, one needs to know the program, be creative in how to deliver the program and always seek out new information about the subjects within the program.  With these in mind, an officer must always think of how to provide the best experience possible for our cadets.

My advice to someone considering becoming a Navy League Officer would be to get to know the cadets on a one to one basis.  Remember their names, set your rules and stick to them so they know where you stand and where they stand. Always be truthful to them and listen to them.

My greatest personal accomplishment as a Navy League Officer is when I meet one of my former cadets as an adult and they say that cadets was the biggest influence in their lives and has made them into the person they are today. 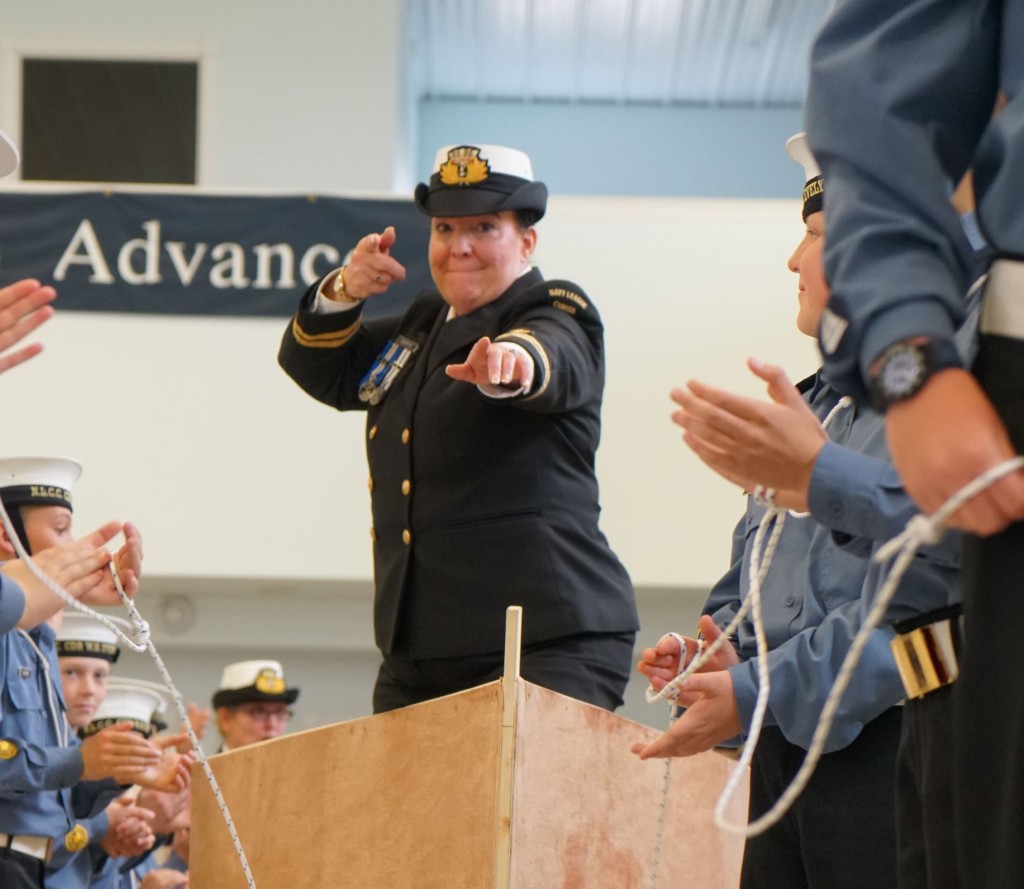