Raleigh Nolan has been with RCSCC 344 Victoria based in Calgary since September of 2014, and has now become a Chief, and the RPO. Raleigh has been sailing since 2010 and enjoys the sport tremendously. In the summer of 2018, he completed Advanced Sail at RMC in Kingston, Ontario in which he participated in CORK 420’s and placed in Gold Fleet. He also competed in the 2018 Sea Cadet National Regatta where he placed as top finisher in NW Region, and will be going again in the summer of 2019.

Raleigh enjoys helping his fellow cadets at his Corps and sharing the thrills and skills of sailing to others both within his Corps, and in his community. Outside of Cadets, he plays tuba in the school band, and enjoys welding as a hobby. He likes math, science and politics, and plans on attending the U of C for engineering.

Thnak you so much,
CPO2 Nolan 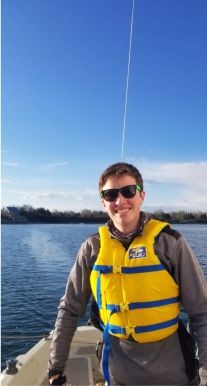