The Pillar of Bow Valley Branch Will Dearly be Missed

On Tuesday October 29, 2019, a veteran volunteer of the Bow Valley Branch passed away peacefully.  Therese (Terry) Colborne was with Navy League since the mid 1990’s.  Her two sons Jeff and Brendan joined to NLCC John A. Hamilton and RCSCC Calgary.  Like the boys, Terry also became involved with Navy League on the parental side.  She joined the Branch and participated in the activities.  One position she assumed right away was as Liaison for NLCC John A. Hamilton.  She held the position for over 10 years.  Following this, Terry moved on to grants, memberships and screening.

As the Liaison, Terry always took the time to sit down with every new parent to explain what this great program offered.  As Branch members, everyone knew when the new cadet year was starting up again because Terry would have the membership forms ready at least two weeks in advance.  When it came to registration nights, Terry could be found encouraging parents to sign up for Branch memberships.

For over 20 years, Terry rarely missed a Branch meeting or inspection.  She was always on the side lines making sure questions were being answered about the inspection process; especially for the new parents and ensuring the day ran smoothly.

Terry’s two sons followed in their Mother’s footsteps.  SLT Jeff Colborne is with NLCC John A. Hamilton and SLT Brendan Colborne is with NLCC Holger Storm.  The night that her granddaughter joined NLCC John A. Hamilton, she knew that tradition of Navy League had passed down to the next generation. Terry’s hard work was worth it.
Outside of Navy League Terry worked for Dentons Canada as an Information Analyst/Library Technician.  It is hard to believe that she found time to volunteer with both Navy League and at Samaritan’s Purse - Operation Christmas Child.

Our hearts at the Navy League family go out to the Colborne family and friends.  Terry, we somberly thank you for your contributions to this program.  Your effort will never go unnoticed.  You will be dearly missed. 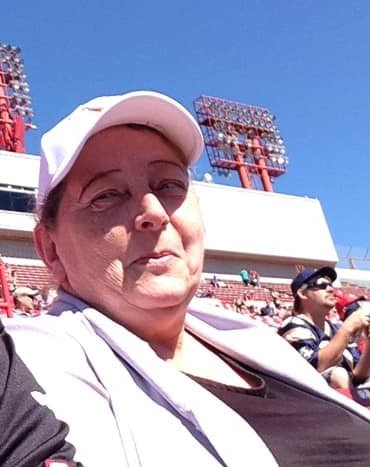