With the current impacts that COVID is having on society, particularly with youth, now is   ▸

Welcome to Drumheller, Alberta, home to the RCSCC Furious #80 Royal Canadian Sea Cadets.  We are a relatively small branch offering programming to 12-19 year old youth.  In the past we have had Navy League cadets train in Dumheller, however we only offer a Sea Cadet program at this time.  We are pleased to have a great bunch of youth to work with and couldn’t be happier with the dedication and professionalism of our CO, Officers, Civilian Officers, Staff, Volunteers and Board.  Without these people none of our programming would be possible.

Our cadets parade out of a Heritage Building that was originally built for the Great War Veteran’s Association.  This building has a significant role in our military history and in the future of our Cadets.  Our building was originally built in 1925 as a Memorial Hall to commemorate lost soldiers.  It was built by the Government of Canada with funds raised in part by the Drumheller community.  The building was to instill community pride to the many veterans that were settling into the Drumheller area after World War 1.  Our Furious cadets are a perfect fit to be parading out of this building as we carry on this tradition of installing pride in our community by our volunteerism, and the desire to be better young Canadians.

During the Second World War our building was a recruiting center for the Canadian Armed Forces.  From 1935-1945 it was also home to the Government's military training center.  It is funny how history repeats itself as it still a recruiting and training center, however now for our local Sea Cadet program.

We have owned the building since 1968 and the building remains an important component in the historic fabric of downtown Drumheller, much like the many cadets that have trained out of this building over the years.  The Memorial Hall as it is known, has significant historical value for its various occupants and continued functionality relating to Canada’s military and Navy since its construction in 1925.

Our volunteers and board has been making improvements to the building over the past year, with a limited budget, but a “Furious” passion.  The project has become known to the cadets as Operation Ship Shape.  The beautification of the building has installed a sense of ownership and pride in our cadets as they have worked side by side to clean and refurbish areas of the building.  For the residents of Drumehller the building serves as a reminder of a time past, sacrifices made and the future of our youth. 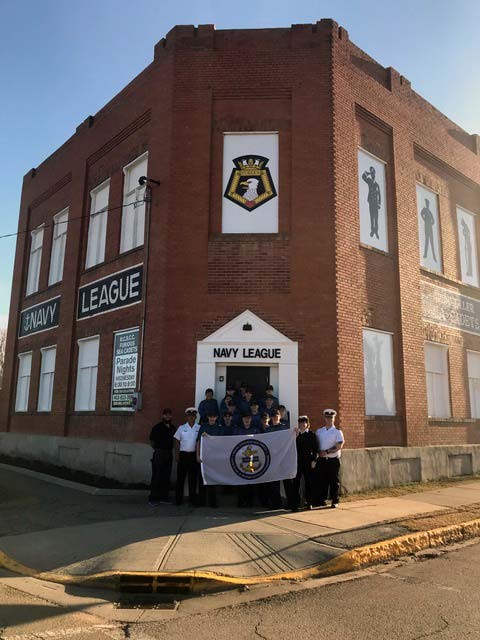